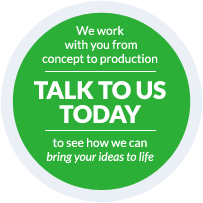 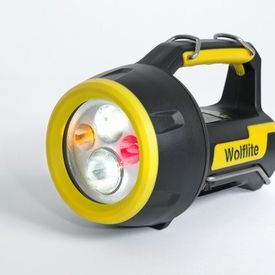 Where are you? Home > Case studies > Two shot moulding

Within a few iterations, we were able to produce one of the most complex two shot mouldings the industry has ever seen

The requirement called for the complex body and lens ring to be manufactured using two shot technology and to conform to the ATEX directive (for equipment designed to be used in explosive atmospheres). The body was not only a very complex shape, but also required a clear lens insert moulding inside, an external threaded form for the fit to the lens ring and to be manufactured in a nylon material.

The lens ring also requires an internal screw thread to match the body. In addition, both components needed a second nylon moulded section on the base for durability and aesthetics.

Because we have one of the UK's largest two shot moulding machines, we were ready to take on the project

We worked on this project with our UK toolmaker, who we've worked with successfully for many years. Together, we devised the tooling for the two shot handlamp body and lens ring. The customer had a large number of requirements around key functional and aesthetic features, such as the exacting fit of the thread between the handlamp body and the lens ring (including the 'On /Off' function switch) that demanded absolutely no evidence of ejection or gating on either part.

Faced with the above constraints, we designed the tool so that the main internal form could be produced from the moving half, with a precise location for the LED Lens to be moulded in. The complex outside form is then produced in slides on the fixed half of the tool.

This was overcome by a single gate feeding into the back of the handlamp body and a sophisticated internal runner system feeding the handle and two logo areas. The runner channels had to be 'tailored' so the melt was managed and the material kept 'live' to allow for the correct filling of these features.

This component could not be manufactured using the more conventional two shot methods of rotating half of the tool or core back, because of the requirement for an internal thread. To get around this, we designed a tool with a front plate which moved forward and rotated the component for the second shot. The gating of the first shot was then again contained in the area where the second shot would over-mould (the second shot being fed on the inside) ensuring no gating or ejection evident on the component.

As with the handlamp, we had to profile around the (yellow) second shot feature of the (black) first shot to ensure a good shut out and avoid any flashing of the second shot.

« Back to Case studies

Also in this section

Spotlight on our services

Many of the mould tools we run in our moulding machines have complex cores which operate in a plane 90 degrees to the tool opening plane.

Click the link below to get in touch should you have any questions!